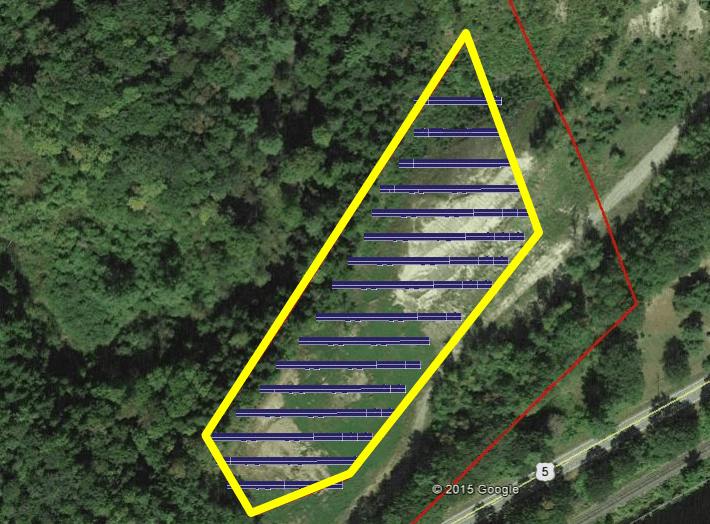 Norwich Solar last month filed a 45-day notice seeking the Vermont Public Utility Commission’s approval for the installation, which would be located north of Patchen’s Point on Route 5, mostly out of view in a Norwich Fire District-owned gravel pit. The array of 2,160 solar panels would cover about 3.5 acres and generate about 830,000 kilowatt-hours of electricity annually, the notice said.

Now, the Norwich Energy Committee, which supports the development, is hoping the Selectboard will designate this location as a “preferred site” for energy development to bolster the application before state officials and allow for financial incentives under the commission’s net-metering rules.

“From the Energy Committee’s perspective, this is basically an ideal site, because it’s hidden from view, it’s relatively close to three-phase power and there’s a willing landowner,” Energy Committee Chairwoman Linda Gray said, referring to the fire district, which is a separate entity from the town of Norwich government.

A draft letter in support of preferred site designation in Wednesday’s Selectboard packet includes signature lines for the Selectboard and Planning Commission chairs, along with the executive director of the Two Rivers-Ottauquechee Regional Commission.

Dee Gish, finance manager at Two Rivers, said the regional planners review whether a given project has “glaring issues” such as a location close to wetlands or a flood zone, as well as the project’s compliance with the regional plan and Town Plan.

Before it makes a final judgment on this case, Two Rivers is waiting on a more complete plan from Norwich Solar, as well as the go-ahead from the Norwich Selectboard and Planning Commission, she said. She noted, however, that “one of the issues in Norwich is they don’t have a current plan.”

“The project creates a number of benefits with local, statewide, and regional significance,” Joel Stettenheim, the company’s president, said in the letter. “For example, the project will contribute to Vermont’s statewide renewable energy goals, and reduce dependence on out of state electricity sources and regional electric transmission system.”