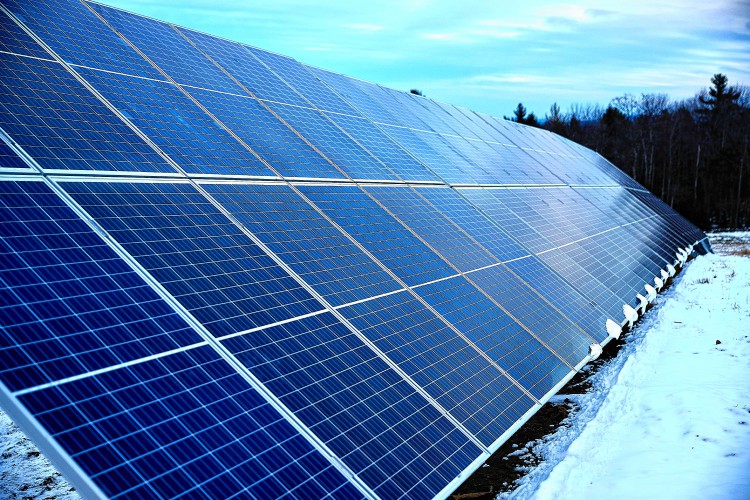 The solar array was built during October and November, and went live at the end of December, said Head of School Brad Bates.

“We are very grateful to those who have helped us at the local, state, and federal level,” said Bates. “We are hooked up to the grid and producing power. It’s exciting and gratifying.”

Dublin School signed a power purchase agreement with Norwich Solar of White River Junction, Vermont. The school does not own the array.

Rather than spending the money to construct the array – current estimates are in the range of $1 million – the school buys power at a reduced rate from Norwich Solar until the agreement is up, which at that point, the school can buy the array.

This type of agreement was sought, according to Bates, as the school was unable to take advantage of a 30 percent federal credit and a $175,000 state grant.

Through this agreement, it is projected that Dublin School could save more than $34,500 in energy costs per year. The school paid $0.167 per kilowatt-hour, but is expected to pay $0.101 per kilowatt hour with a 2 percent annual increase through the Norwich Solar agreement.